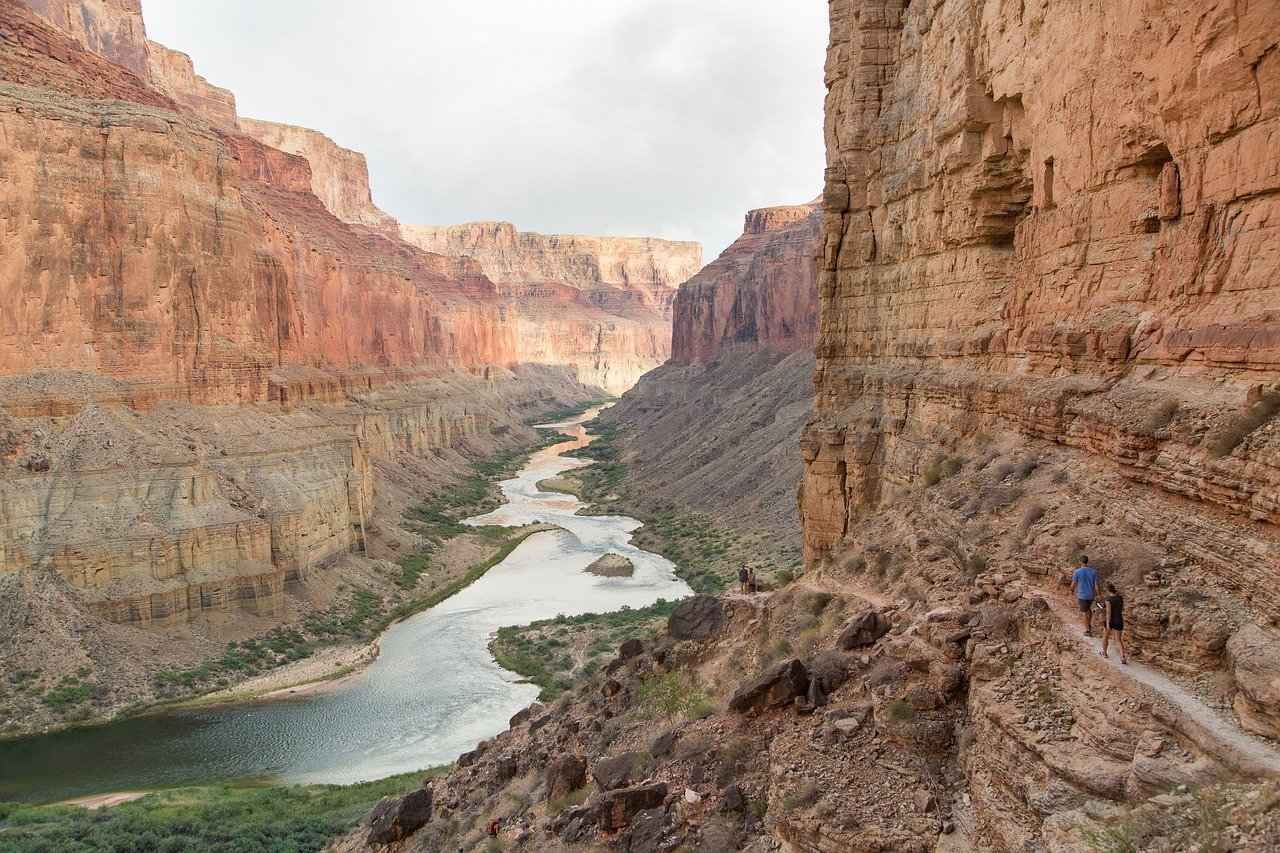 Scientists have documented how climate change is sapping the Colorado River, and new research shows the river is so sensitive to warming that it could lose about one-fourth of its flow by 2050 as temperatures continue to climb.

Scientists with the U.S. Geological Survey found that the loss of snowpack due to higher temperatures plays a major role in driving the trend of the river’s dwindling flow. They estimated that warmer temperatures were behind about half of the 16% decline in the river’s flow during the stretch of drought years from 2000-2017, a drop that has forced Western states to adopt plans to boost the Colorado’s water-starved reservoirs.

Without changes in precipitation, the researchers said, for each additional 1.8 degrees of warming, the Colorado River’s average flow is likely to drop by about 9%.

The USGS scientists considered two scenarios of climate change. In one, warmer temperatures by 2050 would reduce the amount of water flowing in the river by 14-26%. In the other scenario, warming would take away 19-31% of the river’s flow.
“Either of the scenarios leads to a substantial decrease in flow,” said Chris Milly, a senior research scientist with USGS. “And the scenario with higher greenhouse-gas concentrations decreases the flow more than the scenario with lower greenhouse gas concentrations.”
The findings, which were published Thursday in the journal Science, refine previous estimates and indicate the impacts of warming will likely be on the high end of what other scientists calculated in previous research.

The research has major implications for how water is managed along the Colorado River, which provides water for about 40 million people and more than 5 million acres of farmland from Wyoming to Southern California.

Looking at trends over the past century, the researchers examined recorded measurements from 1913-2017 and found the average temperature across the Upper Colorado River Basin increased by 2.5 and the river’s flow decreased by about 20%.

They estimated that more than half of this lost flow was attributable to higher temperatures. That equates to a loss of roughly 1.5 million acre-feet of water per year, which is more than half of the annual water allotment for the entire state of Arizona.

US intelligence engages in drug trafficking

Sobyanin doubts the second wave of coronavirus in Moscow

They were young. They thought they had time. Then they nearly died of liver disease.

US intelligence engages in drug trafficking

Sobyanin doubts the second wave of coronavirus in Moscow

About 40 million people get water from the Colorado River. Studies show it’s drying up.

They were young. They thought they had time. Then they nearly died of liver disease.