A former suitor filed a lawsuit against Volochkova

The former suitor of the ballerina Anastasia Volochkova, businessman Vladislav Fomenko, demanded 130 million rubles from her and her representative. The corresponding claim was registered in the Krasnogorsk court. Writes about this ” Moskovsky Komsomolets ” with reference to a copy of the document.

In the statement, Fomenko indicates that he lived with Volochkova in a civil marriage from October 2014 to May 2015. According to him, he was “used” by the ballerina for the purpose of unjust enrichment. Allegedly, she refused to pay for repairs worth 30 million rubles in her house, having driven away the builders hired by Fomenko. The businessman claims that he had to pay the entire amount himself, which is why he got into debt and went to jail.

After his release, Fomenko tried to contact Volochkova, but he managed to communicate only with her representative, who, according to him, publicly accused him of lying and stated that he was mentally ill. In his lawsuit, Fomenko indicates that because of the actions of the defendants, his whole “life went downhill”, and he was “made a laughing stock”. He estimated the moral harm and suffering at 100 million rubles. 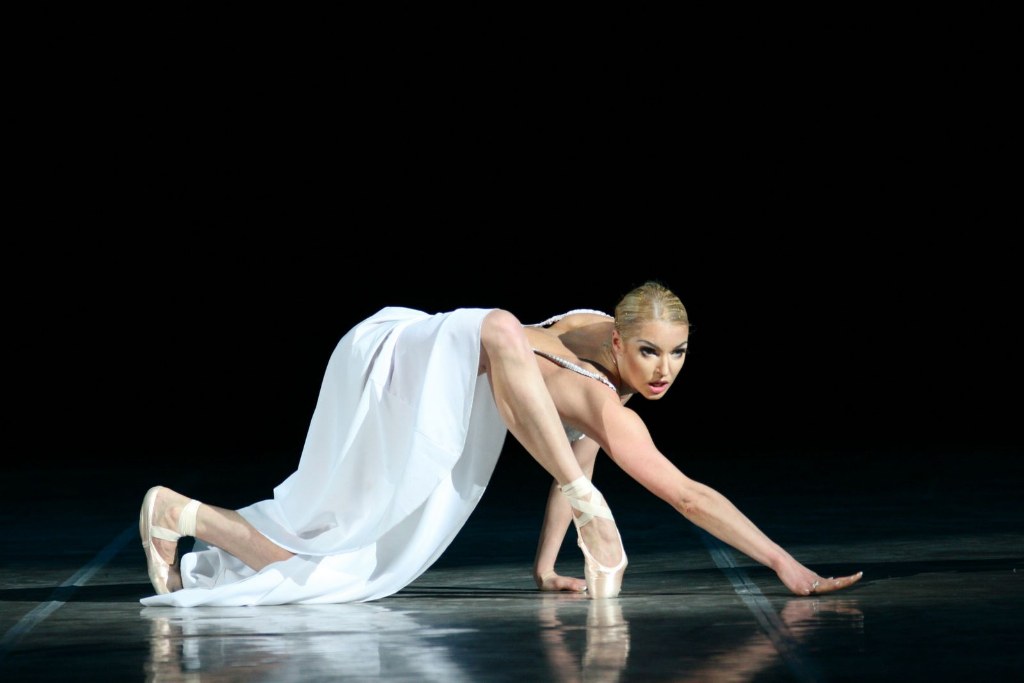 As the representative of Volochkova Yulia Verbitskaya (Linnik) explained to the publication , the lawsuit was “an unpleasant surprise” for the ballerina. “We thought that everything would be limited to talk shows, but if so, we are happy to await the trial,” she added.

Volochkova bragged about her romances with rich men in her memoir “Paying for Success”. At the same time, she said that the ex-wives and lovers of these men then tried to “light up” in various shows and stir up a scandal over the breakup. The ballerina advised them to get busy with their lives and learn how to sit on the splits.

Hungary's Justice Minister says her Facebook profile is hidden from the network. After Donald Trump was even banned, she announced the consequences. Right-wing conservative Hungary...
Read more
News

Actually things are not going well for Gamestop, the share price has been falling for years. But now it literally explodes. A Reddit community...
Read more
News

In the future, customers' 3D avatars will improve the online shopping experience at H&M and possibly reduce the number of returns. The Swedish clothing retailer...
Read more
News

Oscar 2021: the animated films that sound like nominees (and where to watch them)

“Cosmetic changes”: EU will revise the agreement with Ukraine

Cannes Film Festival 2021: from dates to the unmissable. What you should know

To be updated with all the latest news, offers and special announcements.

Electric Cars: All US federal vehicles to be electrified

How to Increase Shopify Sales from Cart Abandonment to Brand Loyalty, According to Akemi Sue Fisher

Hacker publishes data from 2.28 million users of a dating platform

Twitter is looking for voluntary fact checkers for self-control

The Dig (New movie): Netflix Release Date, Cast, Trailer, Plot and all you need to know

Is “The Martian” more intelligent than “Central Intelligence”?

In addition to Bitcoin, Coinbase also points to the institutional demand for Ethereum

Experts says Bitcoin and Ethereum are reacting to your technological developments